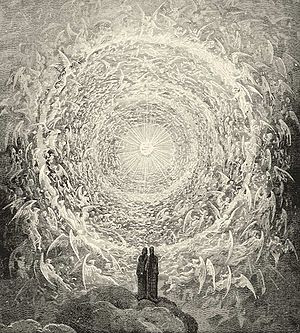 Over the past few weeks I've been reading Alexander McCall Smith's No. 1 Ladies' Detective Agency series of books about the "traditionally-built" Precious Ramotswe in Botswana. Mma Ramotswe refers to her daddy, whose bequest of a herd of cattle allowed her to set up in business, as being "late", meaning dead. Throughout the books, various people are referred to as "late". Not as "the late Mr So-and-So", as British people say, but simply as "late". No one is ever dead or deceased.

There are many euphemisms for death. A favourite of the British is "s/he passed away". Where to? Over the River Styx? To heaven? Descriptions of the latter vary according to your religion, or lack of it. The origin of the saying is biblical, so it's not a phrase I use.

On one online forum, during a discussion of death euphemisms, someone wrote that the reason there are so many of them is that it's the thing that frightens most people, so they prefer not to refer to it directly; to call it by its proper name. Is it healthier to acknowledge death by avoiding euphemisms? Does it soften the trauma of loss to use one that suggests that death isn't the end, something that most people wish were true? When people only have to deal with a few deaths, as they lose members of their family and circle of friends, this convention of kiddology may work, up to a point. Those who deal with death more frequently, especially the nastiness of disease and injury, are more likely to develop a type of humour that others may regard as inappropriate, but they need to preserve their sanity with jokes - just as long as they know when and where it's OK to tell them.

Anonymous - song from WW1.
Illustration from Wikimedia Commons - Dante and Beatrice gaze upon the highest Heaven; from Gustave Doré's illustrations to the Divine Comedy.
Posted by Margaret Nelson at 2:37 pm 1 comment:

Attitudes to death, dying and bereavement vary from community to community, country to country. Grief is the same wherever you are, though how it's displayed or perceived varies according to social or cultural conventions, or the lack of them. In Britain, some people make "grieving" a full-time occupation (Queen Victoria did this). It's all part of the victim culture that prevails in affluent Britain. Like "counselling" and post-traumatic stress disorder, this is an alien concept to the majority who live in countries where death and dying through disease, conflict and corruption are everyday occurrences.

Nathan's just written a blog entry about attitudes to death in Cambodia.
For those who don't know me, Nathan's my son.
Posted by Margaret Nelson at 12:05 pm 2 comments: