At the beginning of the Staying Alive anthology is a poem called Wild Geese by Mary Oliver. It ends:

Whoever you are, no matter how lonely,
the world offers itself to your imagination,
calls to you like the wild geese, harsh and exciting -
over and over announcing your place
in the family of things.

Posted by Margaret Nelson at 1:33 pm No comments:

It's later than you think

Posted by Margaret Nelson at 1:05 am No comments:

When funerals were all (or almost all) conducted by clergy, at least you knew what you'd be getting: a load of old cobblers about being with Jesus and anyone who'd predeceased the deceased; the Lord's Prayer; two or three dreary hymns; and so on. Many clergy did the same funeral for everyone. Some even forgot whose funeral they were doing and got the name wrong. It was all very predictable and irrelevant. An Anglican vicar, quoted in Prof. Tony Walters' book 'Funerals and how to improve them', said, "It's striking how little you have to do for people to thank you profusely - standards are so low they expect the funeral to be done badly."

Then some of us started providing a service for atheists and agnostics who didn't want God at the funeral. There weren't many of us to begin with but the numbers have grown. However, more doesn't necessarily mean better.

There are some 'humanist' officiants (mentioning no names) who seem to have an inflated opinion of their abilities and some peculiar ideas about their role. More or less anyone can set him or herself up as an officiant or celebrant, whether he or she is 'accredited' or not. It's not surprising that the prospect of filling this very important role in other people's lives, however briefly, should attract people who quite like the idea of being very important. Such people, however well-intentioned, ought to have a Government Health Warning stamped across their foreheads. One give-away is their use of a "Sunday voice" and an accompanying "caring" expression.

The client, why may never have had to arrange a funeral before, assumes that the officiant knows what he or she is doing. Some do, some don't, and some have a very clear idea of what he or she wants to do, which may not be what he or she ought to do. Dig a little deeper, and you'll probably find that he or she gets a perverse pleasure out of being with bereaved people. They enjoy being close to "real" emotions. Consequently, when the clients stubbornly refuse to share such emotions, they're rather disappointed. They're grief junkies. I knew someone who took this to such extremes that she only did a funeral every few weeks because it took her that long to "recover" from the last one. What's even more ridiculous is that she was appointed to train other officiants!

What an officiant ought not to do is to try and "help people to grieve". I've heard more than one officiant say that this is what they're aiming for, and groaned inwardly. Think about it; a crematorium funeral lasts about 20 to 25 minutes. Are you seriously expected to believe that the officiant should or could fulfil some wonderfully therapeutic healing role, so that everyone goes home having passed a significant stage in "the grieving process"? Give me strength! My advice to would-be officiants? Don't even try.

Walters quotes Roger Grainger, "The main purpose of a funeral is to signify the event of a death," and goes on to write, "It marks that something valuable, a human life, has passed. Whatever else a funeral does or does not so, it must do this."

To mark the end of someone's life, anyone's life, the occasion should be relevant and dignified. To have integrity, it should reflect the life and personality of the deceased, though there's no need to go into details about his or her less attractive qualities. It's important to get things right because there won't be another opportunity. This is why I always offer to check the details with the next of kin or someone he or she has delegated to check them with me. I've heard officiants say they never offer to do this. This is a form of arrogance. It's not their funeral; it's the family's funeral.

So what's the officiant's role? It's not "to help the grieving process". It's to get things right. The grieving will take care of itself.
Posted by Margaret Nelson at 7:31 pm No comments:

This is an article I posted on the Suffolk Humanists' site 2 years and 42 weeks ago. If you Google 'funeral etiquette' it comes top of the list. It continually comes top of the list of most popular content on our site. It's been visited over 3000 times. I wonder if those who find it consider it useful? It won't tell them what to wear or do. It won't tell them who enters the chapel, church or cemetery first. There are no rules about such things. Still, it might make a few people consider that 'etiquette' at funerals is a bit of a waste of time.

------ o ------
Occasionally I’m asked about appropriate dress for funerals. People who’ve never been to a funeral before, let alone had to arrange one, might worry about ‘doing the right thing’ – the etiquette of mourning. They may be reassured to know that few wear black to funerals any more. Formal clothing, usually in subdued colours, is the usual choice, but you can wear more or less anything, apart from obviously inappropriate beachwear. The point is to show respect by not drawing attention to yourself – this especially applies to the celebrant. 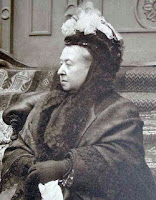 Black mourning dress became popular during Queen Victoria’s reign. After Prince Albert died she never wore anything else, and the fashion persisted until the late 20th century. Most people don’t know why they wear black, if they do, or why they should. It began in the late 18th and early 19th centuries, when death rituals demonstrated worth and social status. The poor could not afford to spend a lot of money on funerals, but the middle and upper classes could and did, by spending money on clothing, coaches, coffins and all the accessories that an increasing number of commercial funeral directors were only too keen to sell them. This display was designed to show they were respectable people. The poor did their best to imitate them, and show that they too were respectable, even if the best they could do was borrow or improvise mourning dress. When I was a child, many people still covered mirrors, closed curtains and observed other strange customs on the death of a relative. It all contributed to a gloomy, morbid feeling, which was frightening for children – who were, in any case, not generally encouraged to attend a funeral.

Modern funerals
A retired funeral director I know feels that things have gone downhill since those days. He says that no one shows respect any more. If a hearse passed you in the street, men used to take off their hats and bow their heads, he says, and male mourners wore black armbands. He doesn’t think the more relaxed approach is an improvement.
Things are changing, but some still use a funeral as an opportunity to display their affluence and respectability. I’ve conducted funerals where the widow and her daughters wore the largest, most ostentatious hats, more suitable for a day at Ascot races. Another not only wore a large black hat, but seemed to be wearing most of her jewellery too. The people in the row behind her were hidden from me.
I don’t know what it is about Essex, but I’ve done funerals there for people who originated in London and had settled in areas like Clacton, where almost everyone wore black, many of the men wore shades, and most of the women wore flashy gold jewellery, with Dallas-style hairdos. When they shook hands, the men had horny manual labourer’s hands and the women had long painted nails. It was like meeting the Mafia.
One of the most striking funeral outfits I’ve seen was at the funeral for a man in his thirties who died of a drugs overdose. Many of the mourners were crusty new age hippies. One was a woman who was about six foot six tall, with a veiled bowler hat over thick dark hair cut pudding basin style in a short bob. She wore an old hacking jacket that had been patched and embroidered over several brightly coloured layers, and a long full purple tulle skirt over black leggings, striped socks, and black DMs. Her make-up was like something out of a circus. As she left she extended a hand, which was clad in fingerless lace gloves, and smiled graciously. I resisted the temptation to curtsey. 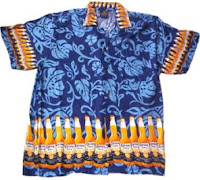 When a young Goth woman died, almost everyone at the funeral, including me, wore black and purple – her favourite colours. When a keen camper died, his friends all wore bright Hawaiian short-sleeved shirts in his honour. Sometimes terminally ill people have instructed their family and friends not to wear black but bright colours, and they have.

The rules
I don’t think it matters what you wear for a funeral, as long as you behave in a dignified and respectful manner. Strangely, the most rude and disrespectful people I’ve come across have been elderly women who’ve clearly disapproved of the secular ceremony, and talked in carrying whispers throughout, even during the pause for reflection, or very deaf people who’ve ignored the available loop system and sat at the back, then demanded to know what I’ve said from their neighbour every few minutes. I have, so far, resisted the urge to tell them to shut up.

Hitching a ride in a hearse

As the old pins don't work so well these days, I asked for a ride in the front of the hearse during a funeral yesterday. The grave was several hundred yards from the chapel; further than I could stagger without appearing inebriated. No problem, said the funeral director.

After the interment, he asked if I'd like another ride in the hearse, back to my car. Yes please, I said. Horizontally or vertically? he asked.
Posted by Margaret Nelson at 12:19 am No comments: