Dying without an appointment

… Not a whit, we defy augury; there’s a special providence in the fall of a sparrow. If it be now, ‘tis not to come; if it be not to come, it will be now; if it be not now, yet it will come: the readiness is all.
William Shakespeare, Hamlet

Doctors do their best, mostly, but they can't always live up to other people's expectations. If you're really ill, you might ask how long you've got, but I don't think I'd bother, nor would I encourage my nearest and dearest to ask, unless my death was imminent and they needed to go and top up a parking meter or visit the loo.

I forget who it was, but I did hear a story about a woman who was given months to live and was still alive twenty years later. Doesn't happen often, but it happens. Another story, told to me by his widow, was about a man who died within days of being taken ill. He'd had an undiagnosed cancer. It wasn't so much the suddenness of it that upset her, as having to have a post mortem. As a Jew whose relatives had been subjected to medical experimentation in a Nazi concentration camp, she hated the thought of him being sliced open.

Trouble is, medicine isn't an exact science and you can't always predict how our bodies will behave. A consultant neurologist explains why doctors get prognoses wrong:

If you develop a life-threatening illness, you might write a bucket list, give away all your belongings, or even plan to go to Dignitas. The latter involves assuming that you'll deteriorate fairly quickly, but there's no way of knowing that. If you didn't commit suicide, you might experience remission and be around for years.

Then there's all the rubbish about bravely "fighting" an illness, usually cancer, or the other euphemism - losing a "battle". It's all such twaddle. 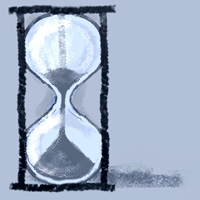 Thinking about the causes of death of the people whose funerals I've conducted, a significant proportion have had illnesses that lasted months or years, yet enjoyed life in spite of it. Some have been very old, and were just worn out and glad to go. Some have just gone - whoosh! - struck down by a heart attack, cerebral haemorrhage (like my mum), or a lorry. There's no point speculating about how you'll die. Concentrate on living, and don't expect your doctor to give you an appointment for anything other than a consultation.

Shropshire Co-operative Funeralcare and Emstrey Crematorium don't seem to have sorted out their customer care. There are some very upset bereaved parents demanding to know why they weren't given their babies' ashes after cremation.


The review into Emstrey Crematorium in Shrewsbury began after the BBC found the ashes of only one baby out of 30 had been given to families since 2004.

When someone is cremated, what remains (usually called cremains) isn't ashes but pulverised bone. Everything else is vaporised in the intense heat of the furnace. The bones are raked out and put into a machine that grinds them up after any spare parts, such as metal screws and plates, are sorted out. The cremains can then be scattered or buried, or (in some cases) kept on your mantelpiece.

Small babies, whose bones haven't fully developed, don't leave anything to be pulverised after cremation. If there is anything left, it's dust. It's not an easy thing to explain to parents mourning the loss of a baby, even if most people weren't so squeamish, so maybe it's not always done well, if at all.

Sadly, the distress that a bereaved parent will naturally feel can become focussed on the lack of a grave or any tangible evidence that their baby existed. One mother is quoted as saying,

"It's just I have got nothing. I need to go where he is because my life isn't complete until I know where he is."

When I miscarried at 18 weeks, a long time ago, I briefly fretted that my baby's tiny body had been pickled in a jar. I was told that wasn't true, and that he'd been "respectfully" disposed of. What almost certainly happened was that the body had gone into the hospital incinerator. A funeral director I know told me that they are sometimes contacted by bereaved parents decades after they lost their baby, asking where he or she is buried. It's only fairly recently that babies have been given individual graves, so it's not possible to tell them.

The Shrewsbury parents seem to have good reason to complain that they weren't properly informed, but what they need now isn't a box of ashes, which is impossible, but help to come to terms with what's happened.

The drawing (above) was my gift to the young parents of stillborn twins. It was copied from a photograph that was unsuitable for framing. I hope that the Shrewsbury parents have photographs, if nothing else.

The story rumbles on in today's Guardian. Parents accuse the crematorium staff of not telling the truth. It sounds more like a breakdown in communication and old cremators.


... by 2009 ... furnaces at Emstrey were decrepit. “The computer control system was archaic,” Jenkins said. “The system ran on obsolete floppy discs and staff had to recycle old computers to keep the system running.”

The report noted the cremators had no infant setting and staff did not realise they could override presets. Lower temperatures would have made it more likely that some infant remains could have been recovered. But Jenkins said environmental regulations may have banned that and other practises, such as cremating young children, at the start or end of the day.

What's meant by "some infant remains"? Burnt tissue? Is that really what you'd want to keep? I wonder if the parents have really considered what this means. Burning a cremator at a lower temperature has been described as "gentle" cremation, a euphemism meant to make the process sound pleasant.

In my experience, funeral directors and crematorium staff aren't unaffected by a baby's funeral. They are keenly aware of the parents' feelings, especially as most will have children themselves.

It seems to me that the buck stops with the funeral directors' funeral arrangers, who are responsible for making all the arrangements. They should know what is or isn't possible, and advise the families accordingly.

The moral is, if you want remains after the disposal of a small infant, don't cremate them, bury them.

Shropshire Council commissioned a report into what had happened. Click here to read it.

A similar babies' ashes story has been told in Scotland - click here to read about it.
Posted by Margaret Nelson at 3:04 pm 1 comment: